What you choose to eat and drink when you have diarrhea can make a big difference in your recovery – so choose carefully.

Bite into some berries

Dried blueberries are a popular European remedy for diarrhea. If you can’t find them at your grocery store, make your own. Simply spread some fresh berries out in the sun until they wrinkle and shrivel up. Then, either eat about three tablespoons of the berries or crush them, boil them for 10 minutes, strain, and drink as a tea. Remember – eating fresh blueberries won’t have the same effect.

Another choice is the bilberry. It’s a variety of blueberry that also works well on diarrhea. You may find dried bilberries or bilberry extract in your local herb shop.

While you suffer from diarrhea, sweating, or even vomiting, you have to keep your system “in the drink.” Otherwise, you may become dehydrated and feel even worse. So be sure to down at least eight to 10 glasses of liquid each day. It’s also important to replace the lost electrolytes – salts and minerals normally found in your blood, tissue fluids, and cells. So, caffeine-free sodas, popsicles, herbal tea, broth, or gelatin are good choices to try between glasses of water. Or, if you tolerate sugar well, try this recipe – mix one teaspoon of salt and four teaspoons of sugar into one quart of water. Drink two cups of this every hour. You can also buy re-hydrating drinks with electrolytes.

Cook up some rice

Want a simple, safe, yet inexpensive treatment? Boil some rice. Scientists have discovered a substance in cooked rice that keeps your intestinal cells from producing too much chloride, which can cause diarrhea. Many underdeveloped countries have been using this remedy for years. They simply drink the cooled water left in the pot after cooking rice. Do the same and you’ll get an extra benefit – this liquid contains starch and nutrients that help re-hydrate and restore your system.

Go bananas to get better

Hit the produce section next time your stomach gives you a bout of diarrhea. A green cooking banana, native to Africa and Asia, can regulate your bowel movements in just days.

One to two green cooking bananas, boiled in water and mixed with rice flour, helped children conquer persistent diarrhea in less than a week. That’s because these bananas are a rich source of a soluble fiber called pectin, which firms your stool. Without this tropical aid, the children took three-and-a-half weeks to recover.

Normally, food passes through your digestive tract in liquid form, eventually reaching your colon where the water and nutrients are absorbed. With irritable bowel syndrome, your food travels too quickly through your colon and remains watery. Just like it does in gelatin and jelly, pectin absorbs water and congeals. It hardens your stool enough to slow it down so you can absorb more nutrients.

To try this remedy for yourself, pick up some green cooking bananas in the imported fruit section of your local grocery store. You can cook them either in their skin or without it. Cut the fruit into chunks and drop them in a pot of boiling water. Cook until they turn yellow, about seven to 10 minutes. Mash the cooked banana and serve it warm over rice.

Remember how a poor diet or a course of antibiotics can affect the numbers of good and bad bacteria that live in your colon? When you don’t have enough probiotic bacteria – the good kind – that’s like leaving the door open for diarrhea to sneak in. Eating yogurt containing active acidophilus cultures can help restore balance and ease your diarrhea.

Swelling of the abdomen is not something to be taken for granted, especially on children. They are serious body illnesses that bring complication and health risks. They are not just ordinary lumps on the abdomen, but masses that can bring discomfort, pain, and other difficulties in the body.

Abdominal masses are usually characterized by lumps or swollen sections that normally develop in the abdomen – anywhere from the ribs to the upper legs. They are usually associated with the intestinal tract, kidneys, adrenal glands, spleen, or genitals, occurring to anyone of any age. These masses often do not look discolored, but they may cause pain when touched or hit accidentally.

Often, abdominal masses are results of injuries on the abdomen. However, they can also be due to the abnormal development of the kidneys, stomach, intestine, genital, adrenal, liver, and bile ducts. Some cases of abdominal masses are congenital, with the disorder present already during birth. Most abdominal masses in newborn babies are caused by hydronephoris, a condition that occurs when urine is blocked from the kidney and becomes difficult to excrete.

Abdominal masses can easily be identified through slight swelling or substantial bulge above the surface of the abdomen with the mass being so deep and invisible. When the mass is pressed, there is usually a significant degree of pain that can be felt. When these symptoms are taken for granted, possible complications may occur such as serious malignancy of congenital masses. Failure to treat the illness quickly and effectively may cause permanent damage to the patient.

To properly cure abdominal masses, it is better to consult the expertise of doctors. They usually require the patient to submit a medical history, physical exam, computerized tomography, CT scan, and x-ray results of the gastrointestinal tract to evaluate the case effectively. Medication, suggested home care strategies, and proper diet and fluid intake are usually advised according to the nature of the masses.

If you have any questions or want to place your ad on my site please feel free to drop me a line via contact form on the "Contact" page! 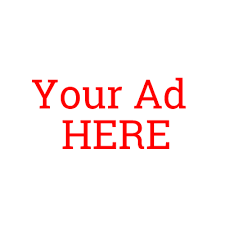